Every year, Six Flags adds a wide number of attractions throughout its parks. The attractions, which will be announced in early September this year, are almost always great and thrilling rides. Since it’s always fun to make predictions on what they will announce, I’ve made this article about what I believe each park will receive in 2016. So sit back, relax, and enjoy my thoughts on what Six Flags will announce for 2016!

Great Escape – This park is my “Surprise of the Year” park. I think they finally could get the roller coaster they so badly need. With the removal of their bobsled ride looking very likely, I can see them installing a new roller coaster for the first time in years. I could see them receiving an S&S El Loco or possibly even a Premier Rides Launched coaster (aka Sky Rocket II or custom ride). Either of these coasters would be fun, but inexpensive options for the small park. I know that a Sky Rocket II is already being installed at the nearby Lake Compounce, but I could still see Six Flags installing one there. If they don’t install a roller coaster, then I see them getting a flat ride.

La Ronde – I think this will be one of the Six Flags parks that will receive one copy of a thrill ride that will be built at multiple Six Flags parks. I can see Six Flags building even more Larson Superloops, and I think this park will recieve one. Some rumors have pointed to Six Flags no longer installing these thrill rides, but there has been talk that Six Flags is looking into a new “Giant Air Race” concept from Zamperla. If these rumors are true, I can see them installing this as their major thrill ride that will go to several of their parks in 2016. So, I see La Ronde either installing a “Giant Air Race” or a Larson Superloop.

Six Flags America – I can almost guarantee that this park will receive a waterpark expansion in 2016. There is already a walled off section of the waterpark and they have been teasing an expansion for a while. A master blaster slide would be a nice fit for the waterpark. It would provide a ride that you can’t get anywhere nearby and would bring local guests in for a ride.

Six Flags Discovery Kingdom – Since ROAR is closing, this one is obviously going to be an RMC transformation of the ride. It’s a shame that this ROAR is closing, it has the Millennium Flyer trains unlike the one at Six Flags America. ROAR is a rough ride at Six Flags America that deserves the RMC treatment, but I’m happy that Discovery Kingdom is getting the thrilling roller coaster that they deserve. 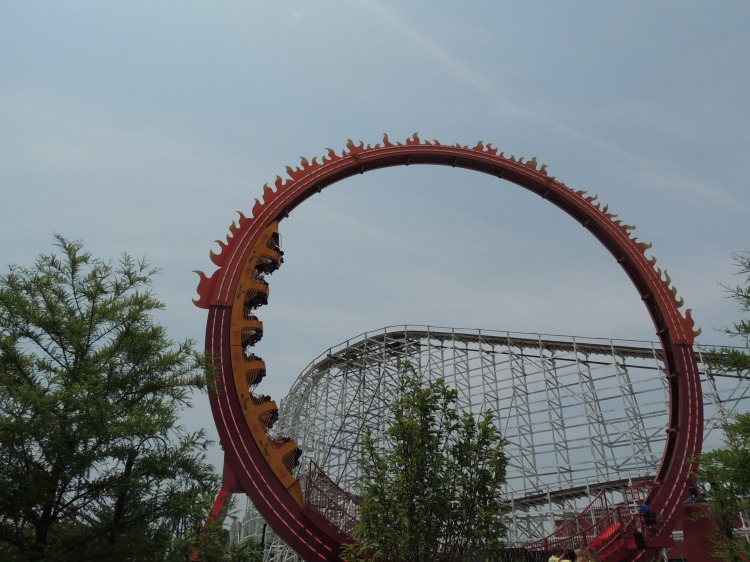 Six Flags Fiesta Texas – Since they got the big S&S free-fly coaster last year, I expect them to receive the Six Flags standard thrill ride for this year. So, I’m expecting either a Superloop or a Giant Air Race.

Six Flags Great Adventure – This park is clearing a lot of land for something big, and I think it’s going to be an S&S free-fly coaster. The ride was successful at Six Flags Fiesta Texas and would make a great ride for the park. The only difference between the one in Texas and the one that I expect to arrive there is that the one at Great Adventure should be larger than the one at Fiesta Texas. The possibility of this ride excites me a lot and I will have to go up to New Jersey if they open one!

Six Flags Great America – Justice League: Battle for Metropolis was a huge hit at Six Flags Over Texas and I expect Six Flags to bring it to at least one more park in 2016. I think Great America will be the one to install it in their old IMAX theatre. It’s their year for something big and I expect it to be this new dark ride.

Six Flags Magic Mountain – Since they just installed Twisted Colossus and added an entirely new land, I don’t expect them to add any thrill rides in 2016. Instead, I think they will attempt to cater to the demographic that they don’t include, the family. I see this park installing a Flying Scooters ride and maybe a couple of other small family rides. These rides will make it a more “well-rounded” park than before.

Six Flags Mexico – Although some think this park will receive a Justice League: Battle for Metropolis attraction, I see them installing a normal flat ride. A Superloop or Giant Air Race would fit well at the park. The idea of installing an interactive dark ride the year after they install a major interactive Ghostbusters attraction doesn’t sound smart to me. So, I only see them getting Six Flag’s standard 2016 thrill ride.

Six Flags New England – Last year, this park installed Wicked Cyclone, the insane Rocky Mountain Construction hybrid. This year, I don’t expect them to install too much. They probably will receive the 2016 Six Flags flat ride and could re-theme Bizzaro back into a Superman ride. I don’t expect too much from this park in 2016.

Six Flags Over Georgia – Two years ago, this park installed a new waterpark on top of their already existing and popular waterpark, which is just down the road (the older one has separate admission). Now, it’s time that they should expand this new complex with some new slides and other water rides. 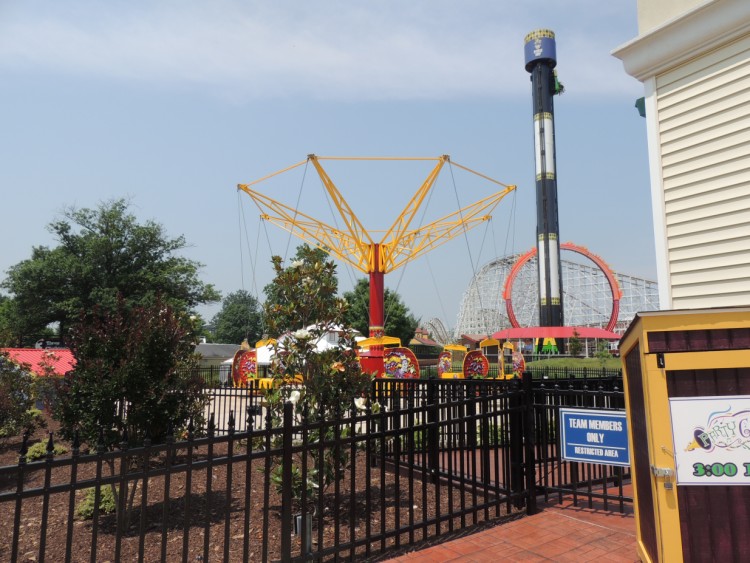 Six Flags Over Texas – I don’t see this park getting too much. Since they received a major dark ride last year, I don’t expect them to receive anything besides a small Flying Scooters or a similar family ride. I expect 2016 to be an off year for Six Flags Over Texas.

Six Flags St. Louis – Recent rumors have suggested a Hurricane Harbor expansion. I have to say that I would agree with these rumors. A slide tower would be a nice addition after last year’s major attraction.

Those are my 2016 Six Flags predictions! What do you predict the Six Flags parks will receive in 2016? Comment below or let us know on Instagram, Facebook and Twitter! You can also find us on YouTube, Google+, and Tumblr! Thank you for visiting Theme Parks and Travels! Be sure to follow us here on WordPress and share with the buttons below!

Want to view the original location of images? Just click on the picture! If an image does not have a source listed, it is our own image. Feel free to use our images, but please, and I can’t stress this enough, list us as the source! Thank You!