The worst kept secret in the theme park community was officially revealed today. In 2016, Cedar Point will unleash a new B&M dive coaster called ValRavn to their coaster collection. When it opens in 2016, it will be the tallest, fastest, and longest dive coaster in the world. 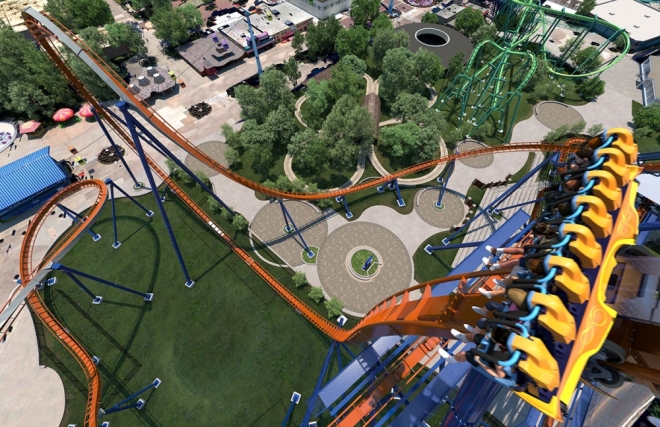 After ascending the 223 foot tall lift hill, riders will come to a complete stop facing directly down ValRavn’s massive 90 degree drop for four seconds. Then, the ride will shoot down the vertical drop at speeds of 75 mph. Next, the passengers will emerge into a 165 foot tall immelman loop. Following the immelman loop, passengers will ascend the ride’s second hill.

On the hill, a second 90 degree drop will appear in front of riders, but this time they will continue straight down the drop.

After plunging down the second drop, riders will enter another immelman loop. At this point, ValRavn is very similar to the other dive coasters, Griffon and Sheikra, but it’s about to take its own twist as it enters a zero-g roll.

Above is the official video Cedar Point posted for the ride. For those with virtual reality glasses, you can find out how to view a virtual reality version of the ride here. There is also a panoramic POV available here.

I think this will be a great ride, both Griffon and Sheikra are very fun rides. Several Cedar Point fans have complained that this isn’t record breaking like Millennium Force and that it will be a mediocre ride, but it definitely will please the crowds. My biggest concern with the ride are that it’s very similar to the park’s most recent installations, Gatekeeper and Rougarou. I’m not sure if the crowd will notice how similar these attractions are, but it will still be a fun new roller coaster. My other concern is that this ride shouldn’t be going to Cedar Point. Cedar Point received a new roller coaster just one year ago when they converted Mantis to Rougarou. I think this ride should’ve gone to one of the smaller Cedar Fair parks, which are becoming seriously neglected. In particular, Valleyfair, Michigan’s Adventure, Dorney Park, World’s of Fun, and now Kings Dominion all need new roller coasters, but don’t seem to be getting them anytime soon. Hopefully, these parks will receive their much deserved roller coasters in the near future, but for now we can all take a pilgrimage to the best roller coaster park in the United States, Cedar Point. 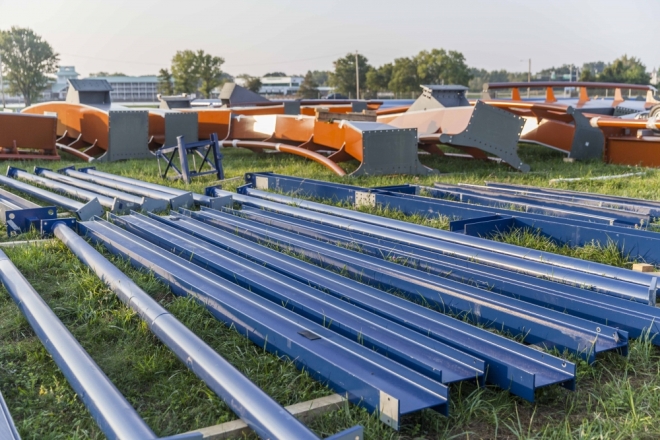 At the moment, land clearing for ValRavn has begun. Track has also arrived on-site for the project. Soon, construction will really kick into gear.

Are you excited for ValRavn in 2016? Do you wish your home park was receiving this new ride? Are you disappointed in Cedar Point for installing this ride? Let us know by commenting below and be sure to follow us on Instagram, Facebook, and Twitter! You can also find us on YouTube, Google+, and Tumblr!