A few weeks ago, we visited the great state of California. Our trip began with an Adventures by Disney tour, which brought us to places such as Disney Studios and Imagineering (to hear more, you can find the article here). After an incredible visit to Walt Disney Imagineering, we hopped on the bus and drove to our next destination, Disneyland! When we arrived to the Grand California Hotel, we went to our room for a few minutes, and got ready to head into the park. After meeting in the lobby, we began the walk to the famous park.

The moment we exited the hotel, Frozen appeared in the California sun.

As we walked through Downtown Disney, I noticed a distinct difference from the other theme park shopping centers, it has a different look. The Grand Californian combines with it to make a nice design. It definitely makes the area feel different than your average shopping center.

I love the sculpture outside of the World of Disney store!

As we arrived at bag check, I spotted the world of the future! Just a warning – if you don’t have a bag you can’t walk ahead of those with the bags, security got a little bit mad when I did so (I didn’t know, no other park has that policy).

When we passed through the bag check, Disneyland was on the left and Disney’s California Adventure was on the right.

This is one of the most beautiful sights on Earth, the Disneyland train station!

I love how intricate all of the buildings on Main Street are. So many details that you don’t initially see!

The sun was already starting to set when we walked into the park.

I love the 60th Anniversary decor on the train station! 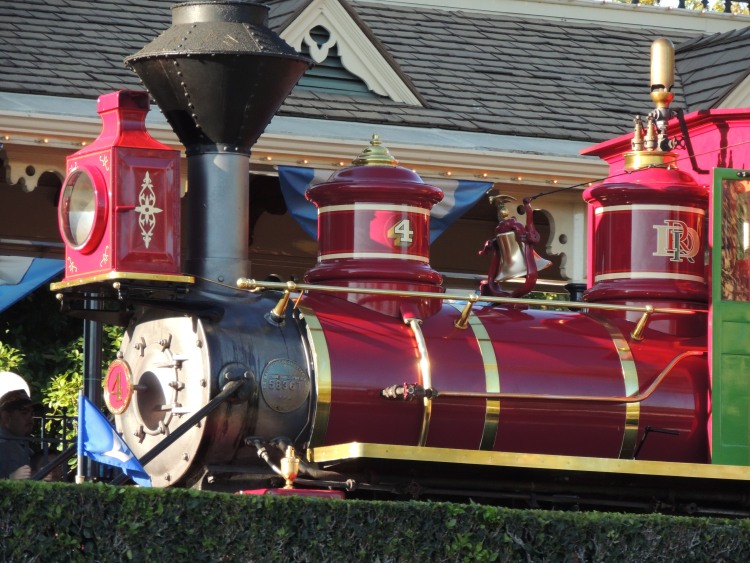 The train arrived as we were taking pictures in the plaza.

Next, our Adventure Guides took pictures of us in front of the train station.

Main Street is so beautiful!

Crowds were pretty high when we entered.

The Emporium is a beautiful building.

Next, I got my first glimpse of the castle. Here’s my first impression as someone who’s only been to WDW – It’s so small. I mean, I knew it was smaller, but not that small! 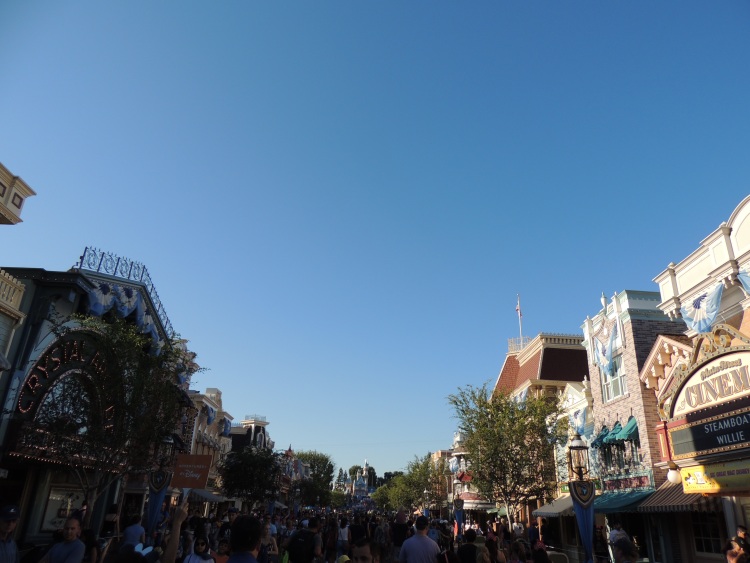 Main Street USA, featuring the glorious Adventures by Disney Paddle of Power in the bottom left! 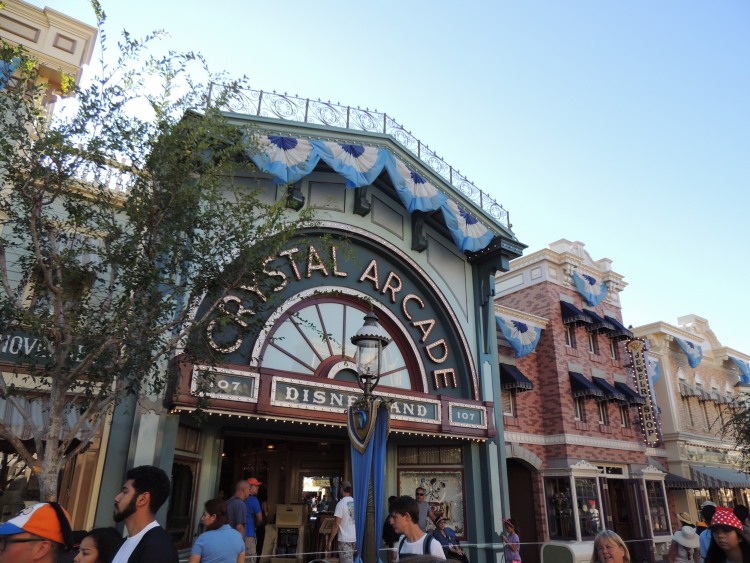 Look what we have here, the world’s first steel coaster!

I just love the look of the sun with the buildings of Main Street.

The DAZZLE was everywhere!!!

Wow Disney, isn’t trash in the lake more of a Six Flags thing (look towards the bottom of the plants in the water).

We had no idea where we were going, but all of a sudden the Paddle of Power took us into Frontierland! 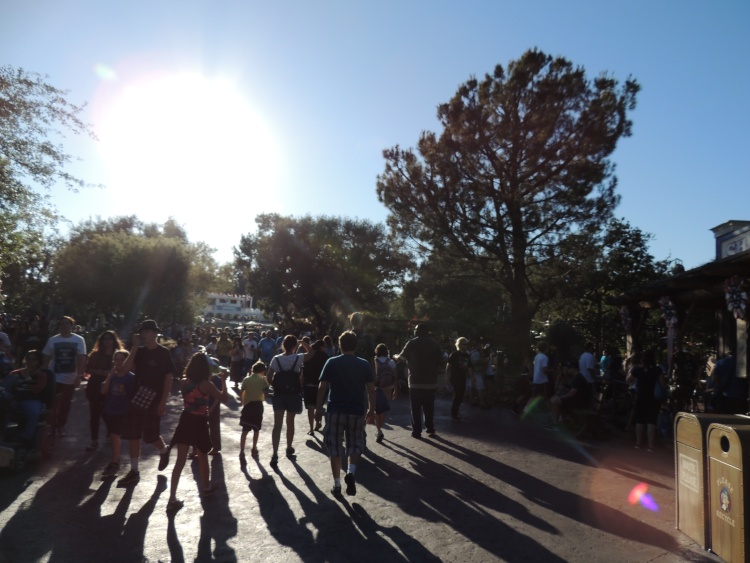 It was packed in Frontierland!

The sunset cast a beautiful light on the landscaping of Frontierland.

Of course, I also love the look of the Frontierland buildings!

Soon, we arrived at our destination, the River Belle!

The River Belle was a great restaurant with good service and good food. The chicken was delicious, it was also nice that it was included in our tour!

The only bad thing about the restaurant was that there were no bathrooms anywhere near it. You had to move through large crowds into Adventureland to find some.

On the ceiling I found what looked like a hidden Mickey! 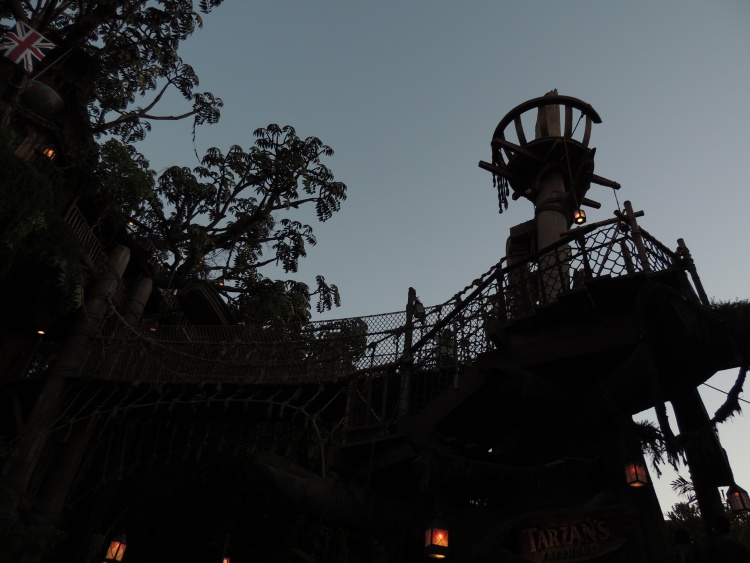 After dinner, the sun was starting to set. 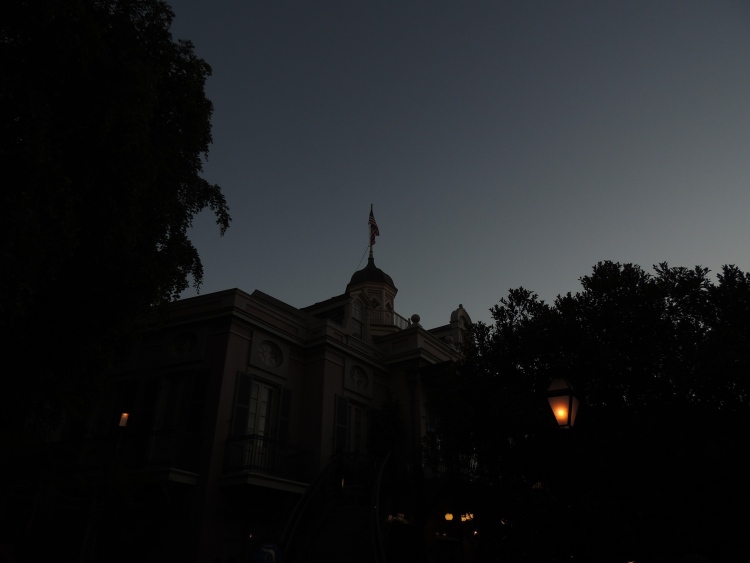 Pirates looked fantastic in the dark! 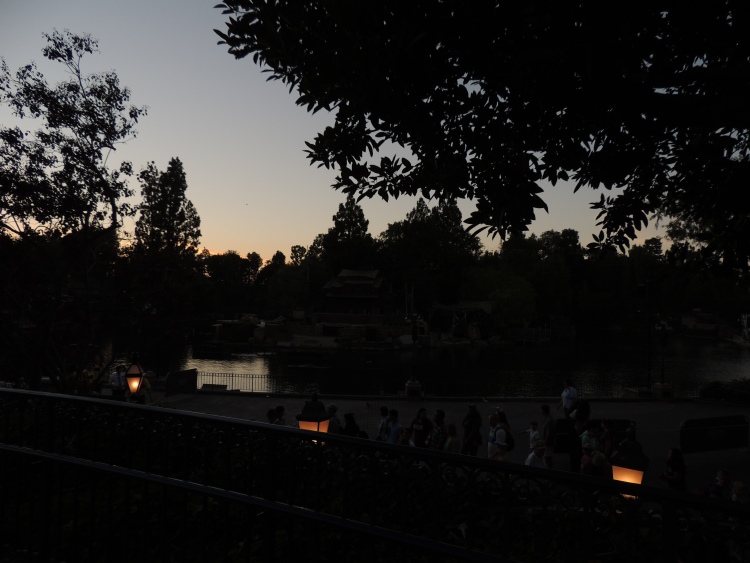 The sunset over Tom Sawyer Island. 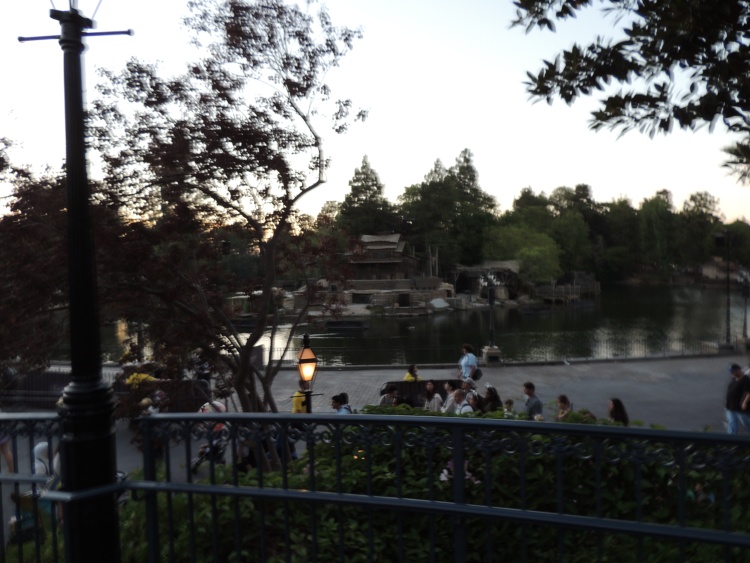 I decided to turn my camera into a better mode for the night. It’s not a great night camera, so the pictures are blurry, but still okay! 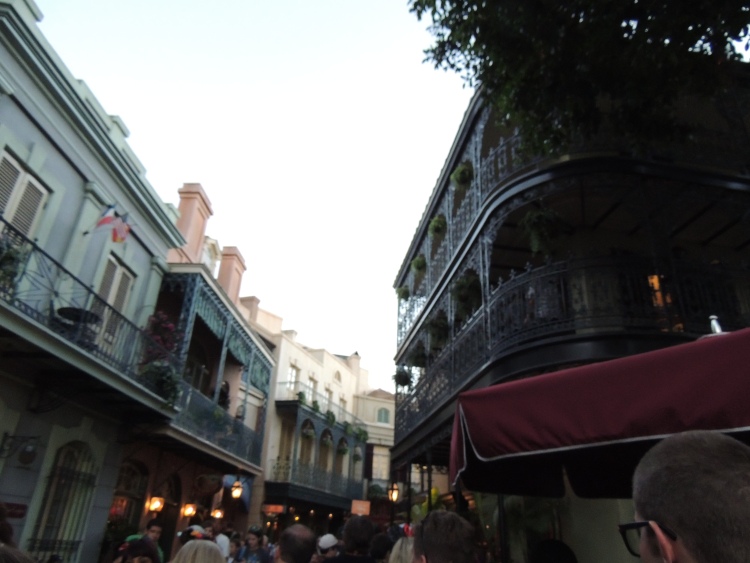 Next, we ventured into New Orleans for a little bathroom break before a “surprise.” 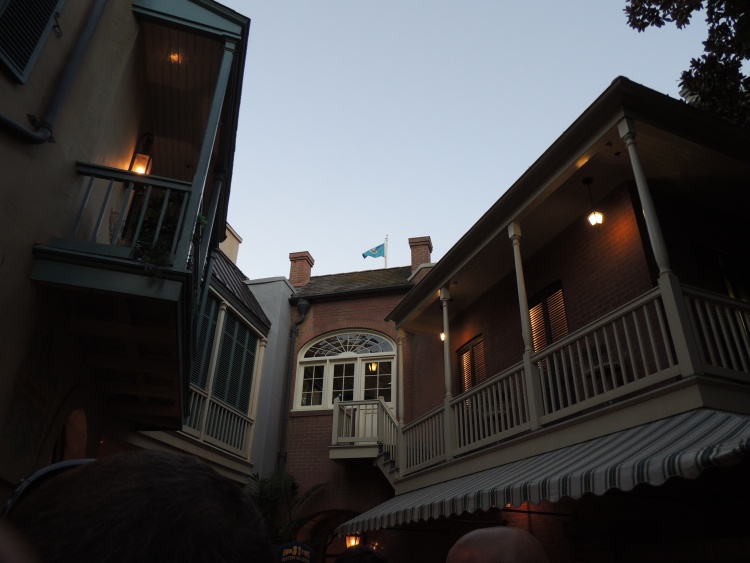 New Orleans Square was a new land for me. I definitely enjoyed walking through the land as a first time visitor!

In the distance I could see one of the Disney mountains!

Next, our Adventure guides surprised us as they announced that we were going on Haunted Mansion!

As we entered, our Adventure Guides recommended we sit down and feel our descent because our group had a private elevator, but unfortunately the ride ops wouldn’t let us do it.

I’m not sure which Haunted Mansion I like more. The only real difference between the two is the facade and that Disneyland’s has a real elevator.

After Haunted Mansion, we tried to make our way over to the Tiki Room before Fantasmic, but we didn’t make it over there. As we tried to find our seats for the show, I got a shot of Splash Mountain at night! 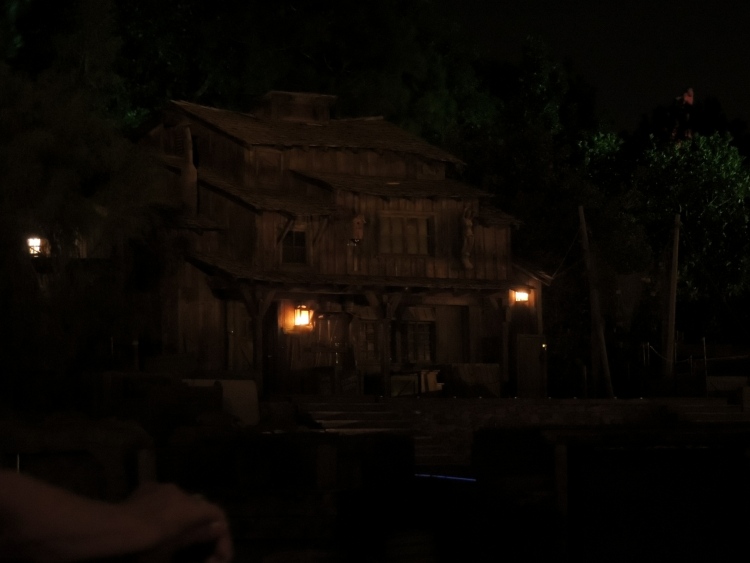 Next, I saw Fantasmic for the first time! I loved the show! It was probably the best show I’ve ever seen in a theme park! I took video of it, so stay tuned on the YouTube channel! It should be up within the next six months (sorry for my slow editing).

Afterwards, we joined a new friend on Pirates of the Caribbean! So much better than the WDW version! I love the caves in the beginning of the ride!

After Pirates, we went on Big Thunder Mountain! I’m not sure if I like the WDW or DL version more, the show scenes were better at DL, but I like the station and swinging of the cars on the lift hills at WDW.

*EDIT – I forgot to mention that we had a very fun ride on the original Jungle Cruise!

After riding Big Thunder, it was getting late. We began to head out of the park. We rode Buzz Lightyear (I lost, TP&T Kate took control of the spinning of our vehicle), and then we got stuck in the park during Paint the Night. Afterwards, we left, and got a few hours of sleep. The next day, we were going to have an early start, to find out why stay tuned on our site!