As if they weren’t building enough in the coming years, Universal Orlando announced yet another new attraction today. In 2017, Fast and Furious: Supercharged will be speeding into Universal Orlando. 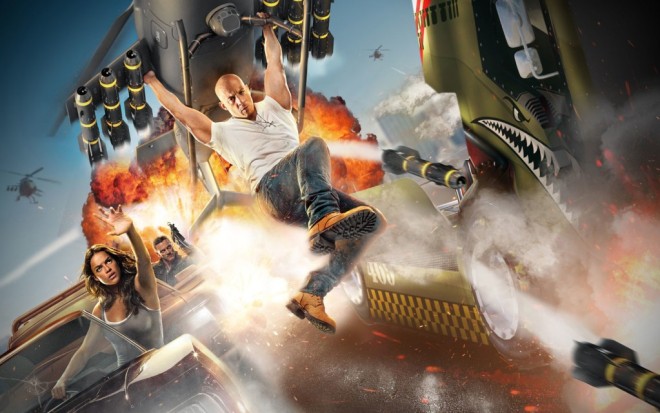 The ride will start as guests enter vehicles, which will be specially designed for this ride. Then, they will embark on a journey with characters from the popular film franchise.

To make room for this new ride, Universal will close Disaster: A Major Motion Picture Starring You on September 8th and Beetlejuice Graveyard Revue on a later date.

Although we don’t know too many details about this ride, we do know that it will feature “an original storyline and incredible ride technology.”

This will be the second Fast and Furious attraction to come to a Universal park. The other Fast and Furious ride is a scene on the Universal Studios Hollywood Studio Tour. It opened earlier in the summer to lackluster reviews. Recently, we visited Universal Studios Hollywood and I would agree with these reviews. It wasn’t particularly exciting, the story was a bit strange, and the animations weren’t the best. I hope that the Universal Orlando attraction will turn out as a better ride.

Most have speculated that this will be an overhaul to the existing Disaster ride or an experience similar to the one in California. I agreed with these thoughts, but then I noticed that Universal is committing a large amount of land to this attraction, which leads me to believe that they will create a more immersive and exciting experience. I would like to see them build is a ride similar to Test Track at Walt Disney World. It is a thrilling and popular experience of driving unique and speedy cars. It would be perfect for Universal Orlando.

Are you excited for a Fast and Furious attraction to come to Universal Orlando? Do you expect a Test Track attraction or something similar to Hollywood’s attraction? Comment below and be sure to follow us on Instagram, Facebook, and Twitter! You can also find us on YouTube, Google+, and Tumblr! Thank you for visiting Theme Parks and Travels! Be sure to follow us here on WordPress and share with the buttons below!