Blue World is Approved for Sea World San Diego with One Catch, Is the Catch Valid? 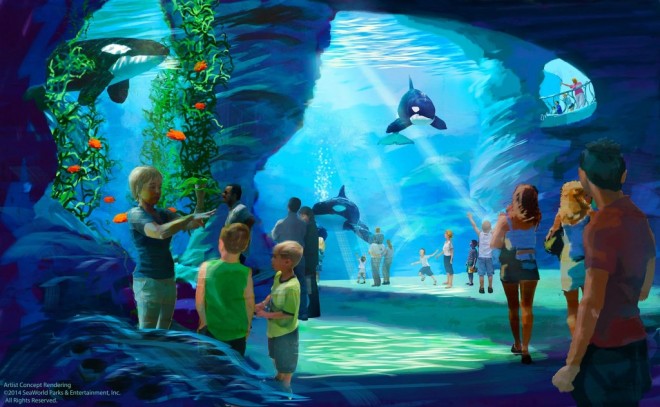 On October 8th, 2015, the California Coastal Commission held a hearing deciding whether or not to approve Sea World San Diego’s Blue World Expansion. The hearing was attended by several activists on both sides of the argument as the board made the decision on if the park’s innovative and massive expansion should occur. In the end, the California Coastal Commission approved the expansion to the park’s killer whale habitat.

The expansion, which will involve Sea World spending $100 million to expand their facilities to become a 5.2 million gallon tank for the whales, will make Sea World’s habitats the largest in the world upon completion. In addition, it will give guests even better opportunities to view the park’s killer whales.

With the expansion approved, construction is set to be complete in 2018, but the expansion the California Coastal Commission listed an interesting requirement in for the project to commence. They ruled that if the expansion should occur, the park is required to stop allowing their killer whales to breed. So far, Sea World has not accepted these terms, and is not required to stop their breeding program unless the expansion occurs.

After hearing this requirement, my first thought was, can the California Coastal Commission make this requirement? Based on what I see, definitely not. The California Coastal Commission is a committee that oversees developments along the state’s coastline. They are in charge of land planning and development, so how can they decide whether Sea World breeds their whales? To me, the commission should not decide the morality of the captivity of killer whales, that is not the purpose of the organization.

Although anti-Sea World activists are calling it a huge win, it likely is not. If Sea World takes it to court, they could easily argue that this is not something the Coastal Commission can decide, making the clause in the expansion invalid. I expect to see legal action taken in the coming weeks or months.

If the park does not take legal action, I would not be surprised if they do not go through with the project. If they can’t continue to breed the whales, why should they further expand their already large facilities? If the California courts don’t come to their senses, I don’t necessarily see the expansion occurring in California. If the breeding of Sea World’s killer whales should stop, it definitely isn’t this committee that should say so.

What is your opinion on the California Coastal Commission’s recent decision (I am happy to hear an opposing viewpoint if it is expressed in a constructive and polite manner)? Let us know by commenting below! Also, be sure to follow us on Instagram, Facebook, and Twitter! You can also find us on Periscope, YouTube, Google+, and Tumblr!