Six Flags’s Texas Parks Are Each Getting 3 New Rides in 2016!

At their two Texas theme parks, Six Flags over Texas and Six Flags Fiesta Texas, Six Flags will be expanding their parks with three new rides each. 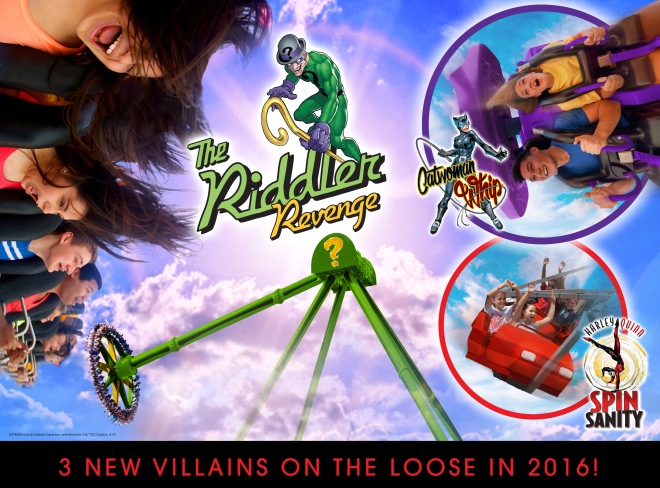 The first of the two parks, Six Flags over Texas will bring The Riddler Revenge, Catwoman Whip, and Harley Quinn Spinsanity in 2016. The Riddler Revenge will be a Huss Frisbee, like MaxAir at Cedar Point. Harley Quinn Spinsanity appears to be an Enterprise ride. These are popular flat rides at parks across the nation from Carowinds to Kennywood. I don’t think any of these have been installed in recent years, so hopefully we can see more of these installed in the future. The final of these attractions is Catwoman Whip. This family attraction is the third and final Huss ride coming in 2016 to Six Flags over Texas. It will be the same experience as the Bad Apple (formerly Triple Spin) at Kings Dominion. Six Flags over Texas will bring some great thrill rides and a family ride in 2016! I think they will be a good way to bring several new thrills to the park at a relatively low price. 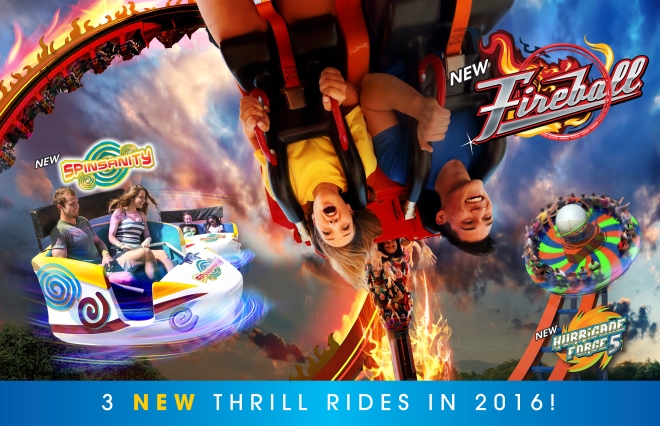 Just a little bit to the south, Six Flags Fiesta Texas will unleash three new rides for 2016. The first of the three rides, the Fireball, will be a 7 story tall Larson Superloop. It will be one of four installations of this flat ride at Six Flags Parks in 2016. The second of these new rides is Spinsanity, which will be a modern version of the classic Tilt-a-Whirl ride. The third and final of these new attractions will be Hurricane Force 5. Hurricane Force 5 will be a Zamperla Disk’O attraction. These are all popular thrill rides for all ages. I think they will make a great expansion for the Boardwalk of Six Flags Fiesta Texas.